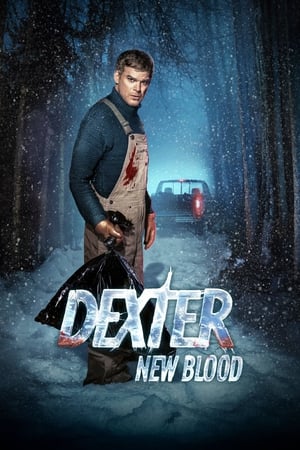 10 years after Dexter went missing in the eye of Hurricane Laura, we find him living under an assumed name in the small town of Iron Lake, New York. Dexter may be embracing his new life, but in the wake of unexpected events in this close-knit community, his Dark Passenger beckons. 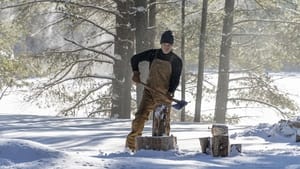 For the past decade, Dexter has been living a quiet, isolated life far away from the temptations of his past. When a local hotshot begins behaving recklessly, and a mysterious stranger seems to be on Dexter’s trail, he questions whether he can continue to suppress the murderous urgings of his Dark Passenger. 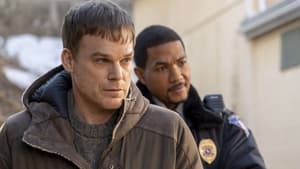 When a simple missing person case turns into a crime scene, Dexter’s cabin becomes home base for the search and rescue. Terrible timing for Dexter, who is trying to reunite with his long lost son, Harrison. As Angela and Harrison become acquainted, Dexter struggles to keep his old and new worlds separate. 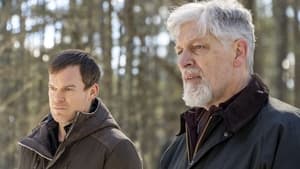 Dexter hopes to have a chance to make things right with Harrison, which is proving to be tough to do when there’s a full-fledged crime investigation that Dexter himself has caused. Harrison joins the high school wrestling team and quickly makes a name for himself at school. Meanwhile, a true crime podcaster from LA arrives in Iron Lake and befriends Dexter’s police chief girlfriend. 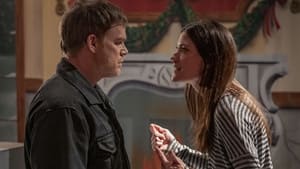 H is for Hero

The father of the person whom Dexter killed makes a surprising announcement which could prove to be a huge problem for Dexter. Meanwhile, Dexter discovers Harrison was involved in a serious incident at the high school. And now this young newcomer is considered a hero to the entire town. Angela digs deeper into a missing persons case. 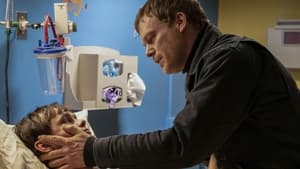 Dexter’s method of protecting his son from drugs unleashes his Dark Passenger in a very impulsive way. Meanwhile Angela and Molly take a trip to New York City that leaves them wondering about a well-respected member of the community. 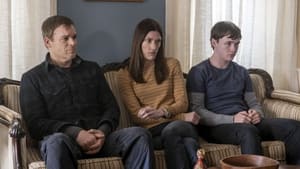 Too Many Tuna Sandwiches

Someone in Iron Lake has discovered Jim Lindsay’s secret identity, sending Dexter on the prowl to find out who it was. This pursuit leads him to realize that he might not be the only serial killer in town. Meanwhile Harrison spirals out of control during a wrestling match and Angela makes a dark discovery of her own.

Skin of Her Teeth

Dexter is worried that a serial killer may have set its sights on someone he cares deeply about. So, he turns from predator to protector… a role he’s not comfortable playing. Meanwhile Angela arrests someone from Iron Lake who may be the culprit of a cold case that is near and dear to her heart.  Dexter and Harrison run into some more bumps in the road in their relationship, leading Harrison to turn to a very dangerous person as his father figure.

Dexter fights for his life in the woods of Iron Lake, leading to a confrontation in an abandoned summer camp. Is there a better place for a serial killer to confront another violent killer? Harrison finds himself at a crossroads between two father figures who can lead him down two very different paths. Meanwhile Angela starts to make some disturbing discoveries of her own.