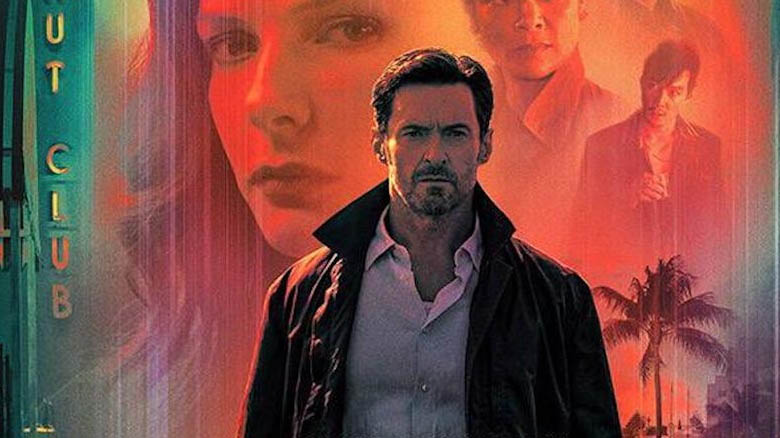 In the intriguing, convoluted dystopian noir Reminiscence, the future is not so bright. In fact, it’s so dreary—a damp tomorrow of climate change and post-traumatic stress—that everyone pays for the privilege of escaping into their buried memories of better times. On the outskirts of a perpetually flooded Miami, the lonely and damaged decamp for a dingy warehouse. Here, they slip on an electronic halo, settle into a bed of shallow water, and are lulled into a state of posthypnotic remembrance; they become like the Precogs of Minority Report, except that it’s not premonitions of what’s to come but vivid flashes of what already has that run through their heads and are projected holographically as they slumber, a little show for their hired conjurer of lost experiences. This is, of course, cinema’s latest metaphor for itself. What are the movies but a weaver of collective memory? It’s a connection made clear long before the film trots out an older version of the tech, sending these visions of the past onto a white wall like a flickering projector, in black-and-white no less.

Running the device is Nick Bannister (Hugh Jackman), a one-time soldier who now specializes in literal nostalgia trips. Though he and his faithful girl Friday, fellow hardened veteran Watts (Thandiwe Newton), sometime moonlight for the local DA’s office (The Tank, as they call their dream machine, started as an interrogation tool, and can naturally be used to extract information), Nick isn’t a detective by trade. But he certainly drinks like the ones in the movies, a glass of brown liquor his steadfast bedside companion. He pontificates like them, too: “The past can haunt a man,” goes one of his nuggets of narrated wisdom, delivered via a running commentary that accomplishes that classic voice-over trick of basting pages of exposition in hard-boiled flavor.

It isn’t long before Nick becomes an actual gumshoe, albeit of the amateur and personally driven variety. What he’s investigating is the disappearance of a new flame: Mae (Rebecca Ferguson), the seductive chanteuse that slinked into his office one day, supposedly seeking help locating her lost house keys but finding an admirer and then lover in the process. But after a few blissful months together, she vanished. Is the dame in trouble? Or is Nick a patsy falling for the schemes of a vintage femme fatale? A no-less pressing mystery: Why have rising water levels and international conflict caused the America of the not-so-distant future to look and sound like the one of 1950s movies, complete with gangsters in smoky nightclubs, where women like Mae sing the torch songs of generations past? The World War III of this film is essentially World War II, complete with internment camps for Asian Americans—an element mentioned but never expounded upon. 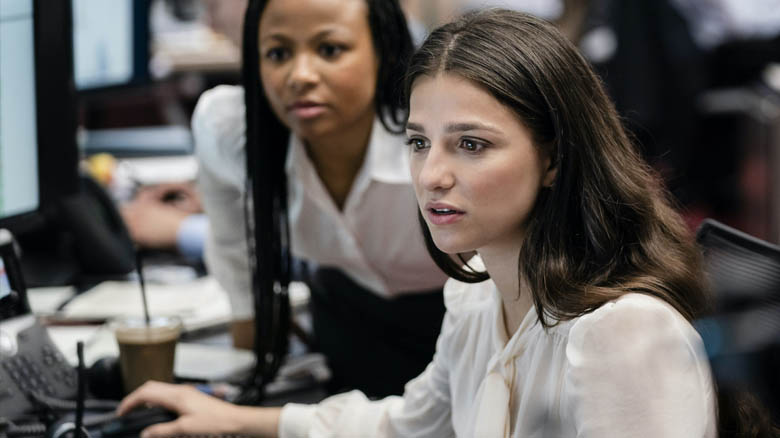 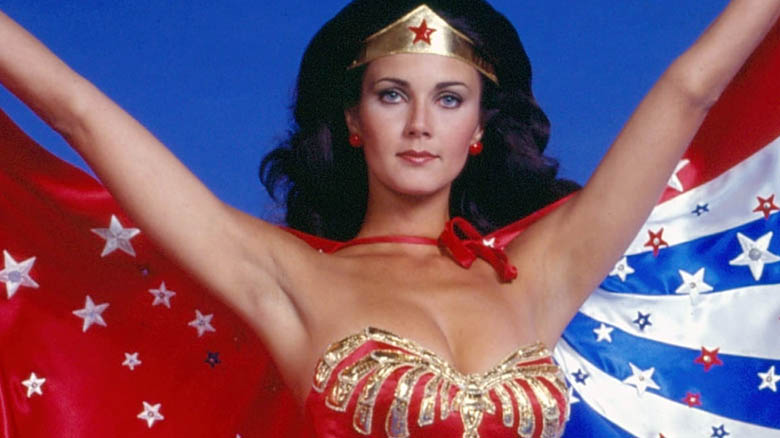